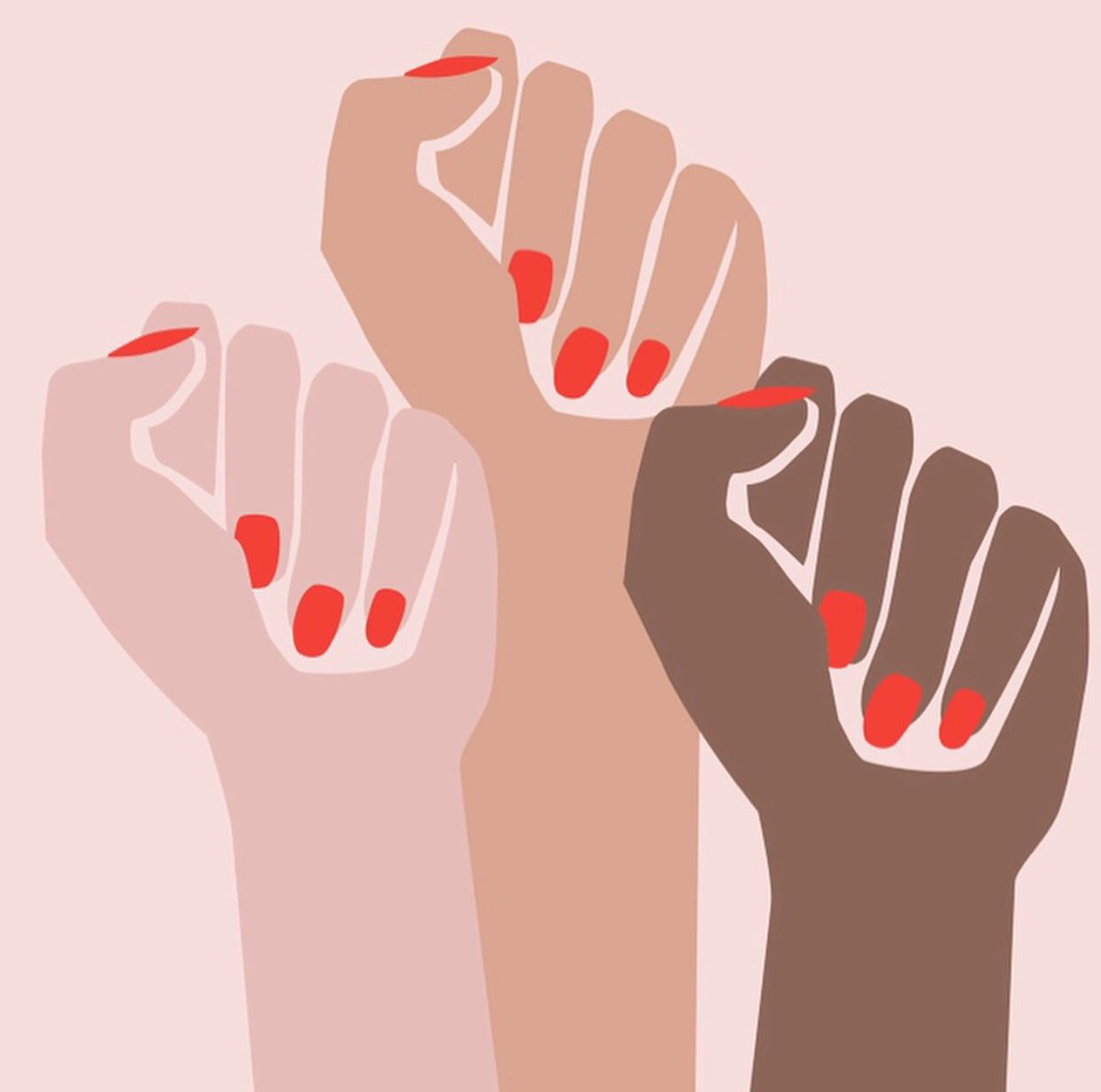 Times are changing and slowly but surely, the human race is progressing. I understand that this opening statement is quite a broad one, what am I referring to I hear you wonder. Well, as a Gay Woman of Mixed Heritage and in a Multi Racial relationship with a Mixed Race son, brought up in an underprivileged borough of London in Social Housing, I feel that there are many angles I could attack and discuss when it comes to change. The one that is at the forefront of my mind right now though and bubbling away with emotion in my heart is Race.

Let’s start at the beginning, my heritage is made up of European and Caribbean. My nose is quite straight and I have a zillion freckles, my hair has a very European texture and these are all genetic traits of my European DNA. But, I have full lips and natural curves, my hair looks very soft but in fact is super curly and has coarser aka Hair Product Always Required parts to it. These are the traits of my Caribbean ancestry. So on paper, I am standardly Mixed Race. However my skin is very pale and this causes the naked eye to think I am standardly Caucasian, I’m usually asked if I’m Turkish/Greek/Spanish etc bloody etc. Followed by the inevitable “oh yeah, I thought so” when I do mention that the white part of my make up hails from Sicily and Israel…yeah, sure you figured that one out buddy. Anyway, the reason I think that you knowing all of this is important is because when it comes to discussing race, it sometimes makes others feel awkward to hear someone of my complexion talking about and defending issues that affect black people. This is in relation to both black and white people. You see, white people assume I am “one of them” but I don’t feel I fit into that box and then there are black people who can feel that “I’m not one of them”. That one I find difficult to be honest as due to my upbringing, environment and chosen peer groups, I have always felt a closer connection to my “black side” and so it comes naturally to me to fight for and defend my people who have for years, decades and centuries been looked down upon, stereotyped negatively and mistreated.

*I understand that so many other communities have faced issues too so please don’t think I am trying to discredit anyone else’s struggle either. It’s just that this past 12-24 months there seems to have been a conscious shift in the recognition that black people are receiving and something that I feel really needs to be discussed…

Let me start with the release of Lemonade by Beyoncé. As a piece of music this was undeniably one the most powerful pieces that she has produced. Visually it was undeniably genius. Beyoncé managed to encompass serious issues affecting America including race based shootings back Police officers and gaining freedom as black woman in the USA. She used an even more powerful message of the visuals featuring an all black cast. There were people aka bigots that complained about her performance at the Superbowl – it was too militant, it was too focused around race, it was a nod to the awful Black Panthers, they said. But was it? In my eyes and the eyes of black women across the globe, it was a nod to show that Black Girl Magic was alive and kicking. It was a show to prove that we are worthy of telling our stories to the world. And in true Queen Bey style, she created a piece of history with the ultimate sass and beauty.

Another stand out movement was #OscarsSoWhite when it was noted that none of the nominations were for people of colour, in any shade. Calling for a boycott of the Oscars Jada Pinkett Smith summed it up perfectly when she said “At the Oscars…people of colour are always welcomed to give out awards…even entertain. But we are rarely recognized for our artistic accomplishments. Should people of colour refrain from participating altogether?” and this led to 2017’s Oscar nominations list containing a whole SIX nominees of colour! Wow, gee thanks Academy Awards. Was this a case of tokenism I wonder? or were the films created just regarded as greater than the year before? My heart and common sense tells me someone on the board decided it would kind of be super awful if for a third year running there were no black nominees…LOL.

There have of course been many more cases of racial profiling and ignorance – “Coolest Monkey in the Jungle” by H&M, ring any bells? But I could go on forever and I don’t want this post to be dedicated to the negative of small minded, old, white men that sit on the boards of most of these organisations. The intention of this post and I know, I ramble on sometimes, is to celebrate being black, be that wholly, partly or even just knowledgably.

Let’s talk about Black Panther, the movie not the movement! Have you seen it yet? If not, go go go! I’m not a Marvel fan at all so really wasn’t interested in seeing it but as a predominantly black cast in a mainstream film that is aimed at a multicultural audience, I kind of felt I had to. Wow is all I can say. Yes, the film is based around a country in Africa, yes the cast is mainly black people and yes the film has teeny tiny references to parts of Black History “Guns: so primitive” and “Don’t scare me coloniser” (these are soooo much funnier when you actually hear them in context) but more importantly the story is just that, a story. A tale about doing the right thing, a journey of good vs evil, plenty of references to feminism, an all female badass army for starters. There does happen to be a superhero in it and yes, he’s black but so what? Personally I loved the play on the name, we all know the (media portrayed narrative = negative) story of the Black Panthers but Marvel have created a positive association with the group too. This was a brilliant film and one that I’ll be showing to The Boy once he’s old enough.

More recently though and much closer to home were the Brit Awards 2018. An awards show that in more recent years has not included many “urban” acts in the nominations despite there being clear leaders in the music played the previous year. That changed when Stormzy spoke up and questioned why? Why were artists that were doing great things not nominated? And further more, why should there be a Grime category? Why couldn’t there be Grime artists nominated in the mainstream categories? And that’s what happened. Artists such as J Hus, Dave and Stormzy, all of whom have had phenomenal 2017’s, nominated alongside the likes of Ed Sheeran and Harry Styles. This in itself was a huge moment for the black community and more specifically – young black boys from underprivileged backgrounds and urban areas of London. This shows hope and equality. This shows our boys that you can put on a nice suit and attend an award show with legends like Liam Gallagher and Tom Jones in the building. The inclusivity was a great nod to Grime music and proof that these young, predominantly black kids, are good enough to be leaders in the music scene. For me the standout moment of the night was when Michael Omari aka Stormzy took to the stage to close the show. Standing under pouring rain with the backing singers mimicking the cover of Gang Signs and Prayer, the artist’s 2017 album. As a community we are proud to see artists like Stormzy who last year was on the Brits with Ed Sheeran, go on to headline and close the show just one year later. We are pleased when we see him display respectful and professional behaviours in his acceptance speech. We are proud because we feel like he is one of us  and therefore want the best for him. We were most proud though when he rapped the following last night*;

“Still getting judged by the things that my friends sell/stories that the tip of my pen tell/I don’t care I’ma let the tip of my pen shell/Like Yo Theresa May where’s the money for Grenfell/What you thought we just forgot about Grenfell?/You’re criminals and you got the cheek to call us savages/You should do some jail time, you should pay some damages/we should burn your house down and see if you could manage it” and “I see my people on the telly I feel alive/Jordan Dunn up on the billboards I feel the pride/When Dan Kaluuya won the BAFTA I could have cried” and ending on “I’ve got 2 black sisters, 1 black mum, they raised a prince/raised up by Black Girl Magic what did you think huh?”

*He said more but I’m not an audio typist, you feel me?!

Anyway, so back to my point. Pride. Black Pride to be specific. If you’ve read this article and wondered why I ride so hard for my black side but less so for my white, I’ll explain. My white mother has had her own struggles in life, she’s not had it anywhere near perfect but she’s never been discriminated against for something she couldn’t change like the colour of her skin. In fact, I’ve never been discriminated against for the colour of my skin. But my brother has. My wife has. And no doubt my son will too. I need change for them, I need equality to be true and now that we have a baby, this has been brought home even more so. This is why I stand for my black family, friends, colleagues and associates. Because I have the skin of White Privilege but the heart of Black Power. And together, what a powerful combination for change.